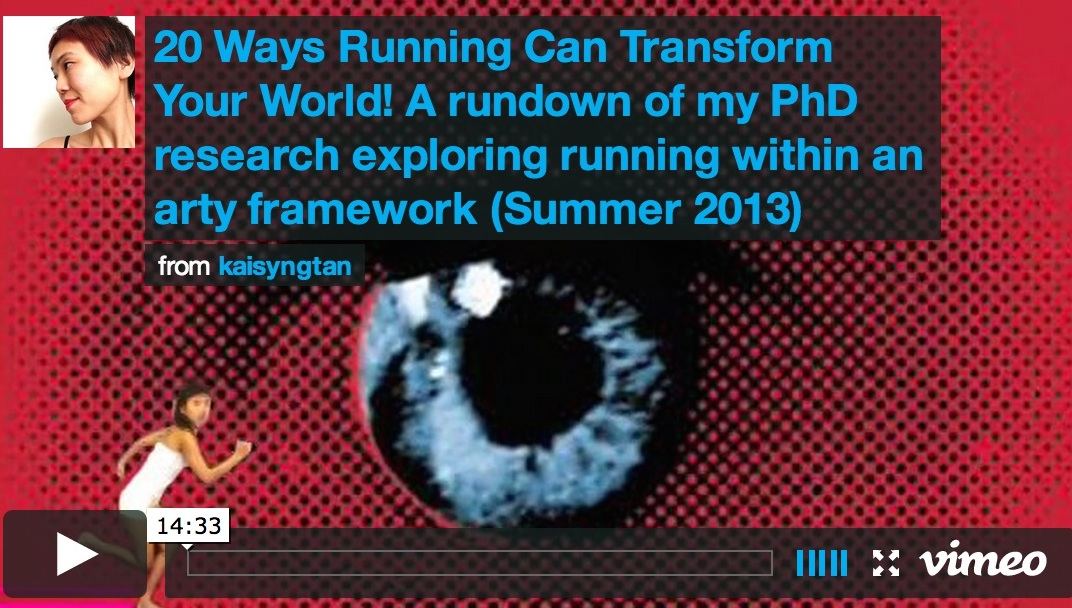 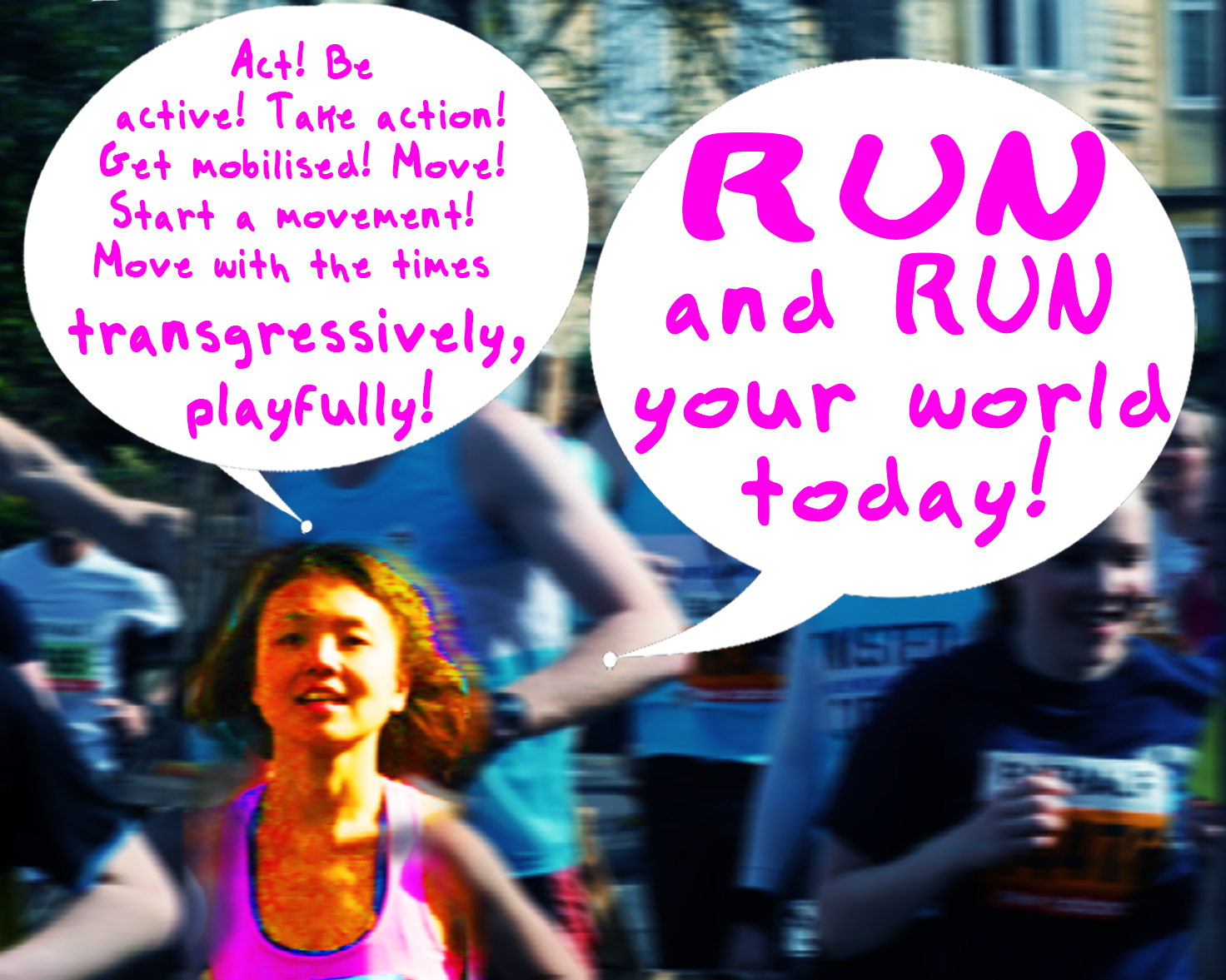 On the Eve of Valentine’s Day, come join me to explore why running is so lovable. Book now. Part of the UCL Art Museum’s Time-Based Media Series. !!! NEW DATE NEW VENUE!!!! Due to the tubestrike – yes, more! – I am moving the event to a later date and to a new room. It’s now at the UCL ART MUSEUM, on WEDNESDAY 26 FEBRUARY 18:30-19:30!! BOOK NOW! The performance will last no longer than 25 minutes (unless I am so encouraged to improvise – so don’t give me ideas!) and we could all merrily proceed to the pub thereafter. I know my priorities in life. Have a look at my interview here, written by the lovely art-historian-writer Helen R Cobby. 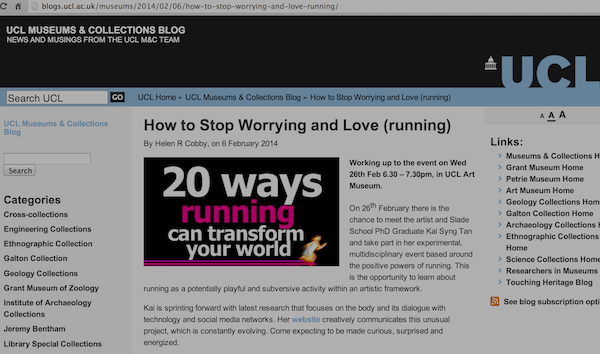