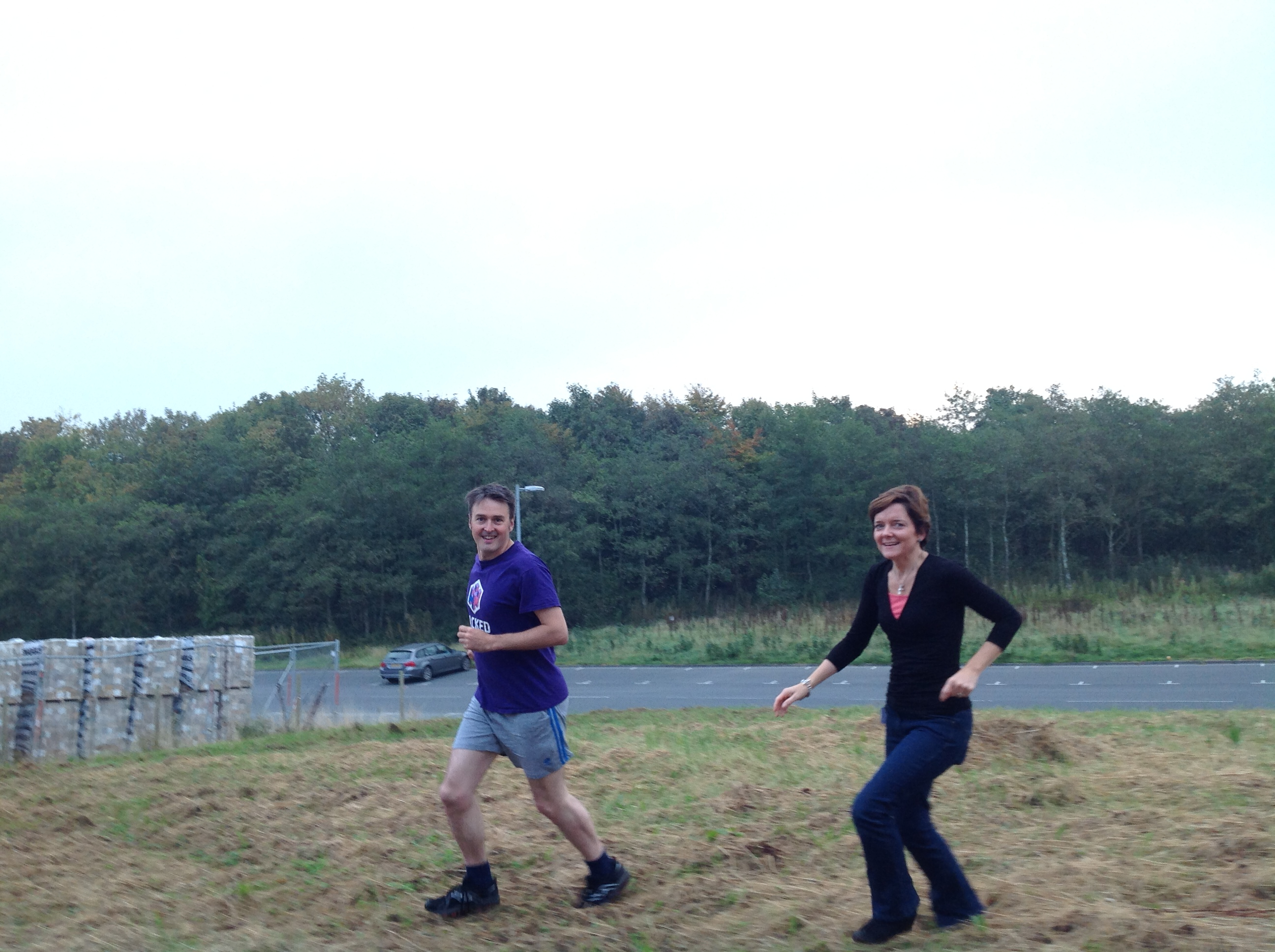 The Running-Clinic is inspired the projects Books on Prescription (School of Life) and Museums on Prescription (AHRC award-winning project run by Dr Helen Chatterjee, University College London), as well as, most of all, the seminal work of the ‘Running Psychiatrist’ Dr Thaddeus Kostrubala (who removed his patients from the couch to run with them instead, as documented in his 1976 bestseller The Joy Of Running).[/ppmtoggle][ppmtoggle title=”The Joy of Running”]

It is not about how fast or how well you run. It is also not about running as a treatment, therapy, miracle solution or cure. After all, RUN! RUN! RUN! is not run by doctors of medicine, but doctors of art, of seeing things in a slightly oblique way, of life’s madness. It would also be naive to draw a straight line, to claim a causal relationship between running and happiness. The Running-Clinic is about the joy of running, about running as meditation – reflection, thinking, being creative – as well as self-medication – for healing and improvement – run strong. As Kostrabala observes, such a setup can

Indeed, the Running-Clinic It is a celebration of running in the way Kostrabala  analyses it:

‘an altered state of consciousness that can be called a kind of Western meditation. It’s a distinct euphoria with feelings of excitement and enthusiasm… I call the period of 40 to 60 minutes the “altered state of consciousness” that must be similar to the catalytic experience of drug or religion that allows us to alter our lives from within. It’s an opening to the unconscious … The thought process is altered. Problems become irrelevant or annoying, and are let go. And, like some inner consultation, a random jumble of ideas flashes through the field of consciousness’. (cited in Glover & Shepherd 1996, p.670)

Embedded within the Running-Clinic is an invitation for people in the art world to broaden the dominant discourse about the role of depression and melancholy and creativity, and to consider the creative effects of happiness. Vincent Van Gogh, Virginia Woolf, Michelangelo are just a few creative people well-known for their ‘black dogs’. While there are a range of complex factors that determine what one makes, why and how, many artists would attest that depression and melancholy can indeed be tremendous motivation behind creation. Yet, it appears that the link between creativity and sadness can sometimes be romanticised, perhaps by artists who may be prone to self-aggrandising or self-pathologising, as well as art-lovers who hold on to the tired and flawed notions of the artist as a tortured/mad/sad figure who suffered heroically for their art (and who will not stoop so low as to ditch their suits, pet tortoises, hashish, opium or wine, to don shorts to run, to sweat and earn a natural high). In fact, physician Mike Stroud argues that deprived as they are of endorphins, those favouring a sedentary lifestyle ‘inadvertently spend much of [their lives] in a slightly depressed mental state’ (2004, p.55).[/ppmtoggle]

Above and below: These pictures are not that of a Running-Clinic, but from interactive performances previously ran (above: Lancaster University’s Syndergizer2014 conference; below: Slade Summer Residency programme 2013). However, the smiles on the faces of the participants are unmistaken. That is the intended effect of the RUN! RUN! RUN! Running-Clinic. 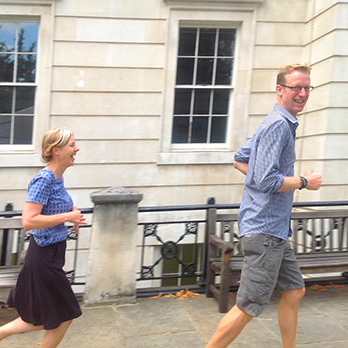