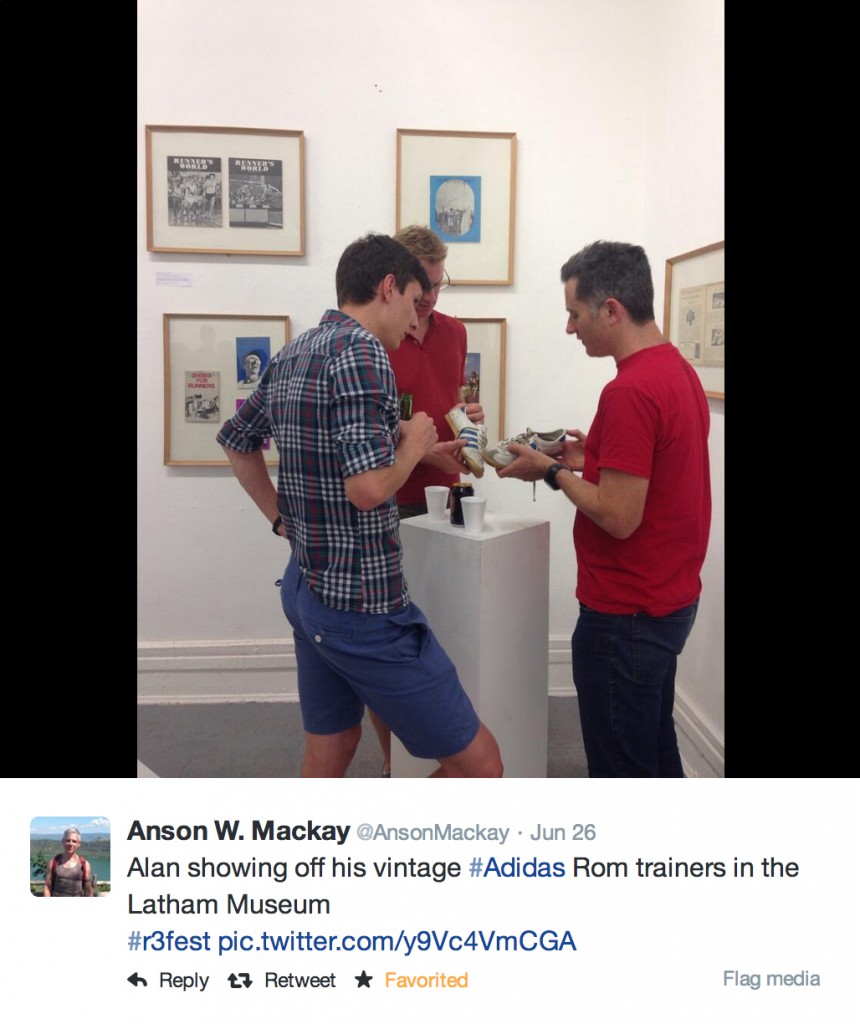 [ppmtoggle title=”Set up a Pop-Up Museum at a location near you”]The RUN! RUN! RUN! Pop-Up Museum is an ever-changing show that educates, pleases, teases and provokes. Juxtaposed next to running-inspired objects, prints, performances, films, paintings and conceptual maps created by artists are running-related historical artefacts including rare, vintage running shoes. The show can be transplanted anywhere. At each new location, items are added, removed and/or transformed in response to the social, historical and aesthetic contexts of each site.[/ppmtoggle]

[ppmtoggle title=”First Run”]The first incarnation of the museum was sighted/sited at the Slade Reseach Centre in London on 2014 June 26, during the RUN! RUN! RUN! International Festival of Running. See documentation of the different components of the show below, which have been taken by Professor Anson Mackay, Robin Kang and Kai. Click any image to open a gallery. Click here for the complete gallery of original digital prints made by runners and academics. Click here for list of running-related moving images, some of which may be included in the Museum. Also included in this gallery are two images from Kai’s 2011 installation nicknamed Metamap, also exhibited at the Slade Research Centre. This was a large map consisting of maps, and covered the entire wall.[/ppmtoggle][/ppmaccordion]