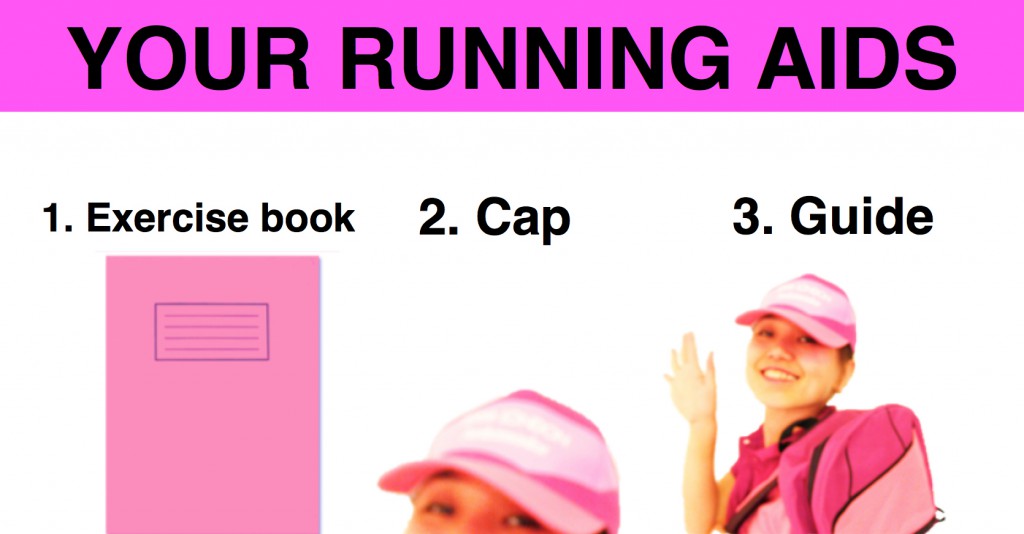 Hungry to discover a new city, un-Photoshopped? Thirsty to re-imagine a place that you thought you knew well? Keen to keep your feet on the ground and subvert the tourist’s gaze? Eager to subvert the gaze cast on tourists, too? Come Come Come RUN! RUN! RUN! with the Running-Tour Guide on a Running Tour, now. Contact us now, to join one of the 5 available tours:

Cities are ‘lamentable spectacles, a supplement to the museums for tourists driven around in glassed-in buses’ – so laments Situationist Guy Debord (cited in Sadler 1999, p.99). He recommends the dérive, a mode of walking that makes ‘transient passages through varied ambiences (Guy Debord, 1958 cited in Ford 2005, p.54). Walking is too passé. The RUN! RUN! RUN! International Body for Research ups the speed and ups the game, by recommending the fartlek-dérive, or a mode of running of speed-play-drift. Explore the city by running physically and poetically. Drift about with varying speed – fast slow, slow fast. Follow your belly-knowledge or gut instinct. For added kicks, go about sans map. Run, and not will your sweat pores open, so will your eyes, ears and heart. Discover new sights and sounds otherwise sidestepped had you travelled in a tourist bus. Come face-to-face with ‘un-Photoshopped’ sites, which ‘official’ narratives gloss over or omit altogether. Run, and challenge your previously-received knowledge from tourism brochures. Run, and re-position yourself closer to the ground – literally and metaphorically-speaking. Run, and subvert the ‘tourist gaze’, or socially patterned and learnt ‘ways of seeing’ of the typical tourist (Urry & Larsen 2011, p.2).[/ppmtoggle] [ppmtoggle title=”Subvert the Gaze Cast On Tourists”]

Run, and you may also subvert the gaze cast on tourists. After all, equipped with the luxury of time, or afflicted by hesitation due to unfamiliarity with the site, tourists tend to assume what could be termed the ‘tourist’s traipse’, that is, a leisurely stroll punctuated by intermittent stops. Such a mode of movement irked one Londoner – and London mayor – Boris Johnson so much that he considered delineating a ‘slow lane’ for tourists and shoppers, and another for ‘hurried residents and workers’ (Rohwedder 2010). Making transient passages through varied ambiences swiftly by running, and you may look more assertive than those traipsing on the slow lane. You may be thus re-read differently by the local inhabitants, to appear less strange, or less ‘other’, and even be perceived as ‘one of us’, as you appear to function on the same metaphorical wavelength. This, in turn, may make you feel more confident of your place in the foreign city. Run, and locals may ask you for directions. Running may function as your badge of honour, of proof of your familiarity with where you running. Command an authority that you would not acquire had you walked. Run, and feel empowered.[/ppmtoggle][ppmtoggle title=”Re-Read Your City, Out-Running Danger”]

Engage in the high-impact movement of running, and appear authoritative. Rather than feeling vulnerable, or being perceived as a victim, you may navigate and negotiate hostile areas of the city with an assertiveness that the gentler action of walking lacks. As you experience these places first hand, you may confront your insecurities or misconceptions, and subsequently gain a new understanding of these sites. If indeed danger is likely, you may run away from physical threat, by running. Someone with a less assured or slower gait may not be as fortunate. If you have no physical advantage over a potential attacker – especially if they are armed with a weapon, a fighter dog or ill intent – you may rely on your tenacity, and run for prolonged periods of time, so as to outrun danger, the same way our ancestors of the endurance hunters had before us. Running, and re-read the city that you inhabit. Run, and out-run danger, too. Run in the city, and feel as if you metaphorically ‘run’, that is, govern, the city, too.[/ppmtoggle]

Above: 3 tools for your Running-Tour: An exercise book (containing unusual maps), a cap (to fend off sun, snow and storm), and your Running-Tour Guide. Below: An example of a Running-Tour RUN! RUN! RUN! LONDON which carried out in the Stratford area, as part of Dr Hilary Powell’s Pop Up Pop Up, 20 September 2014. 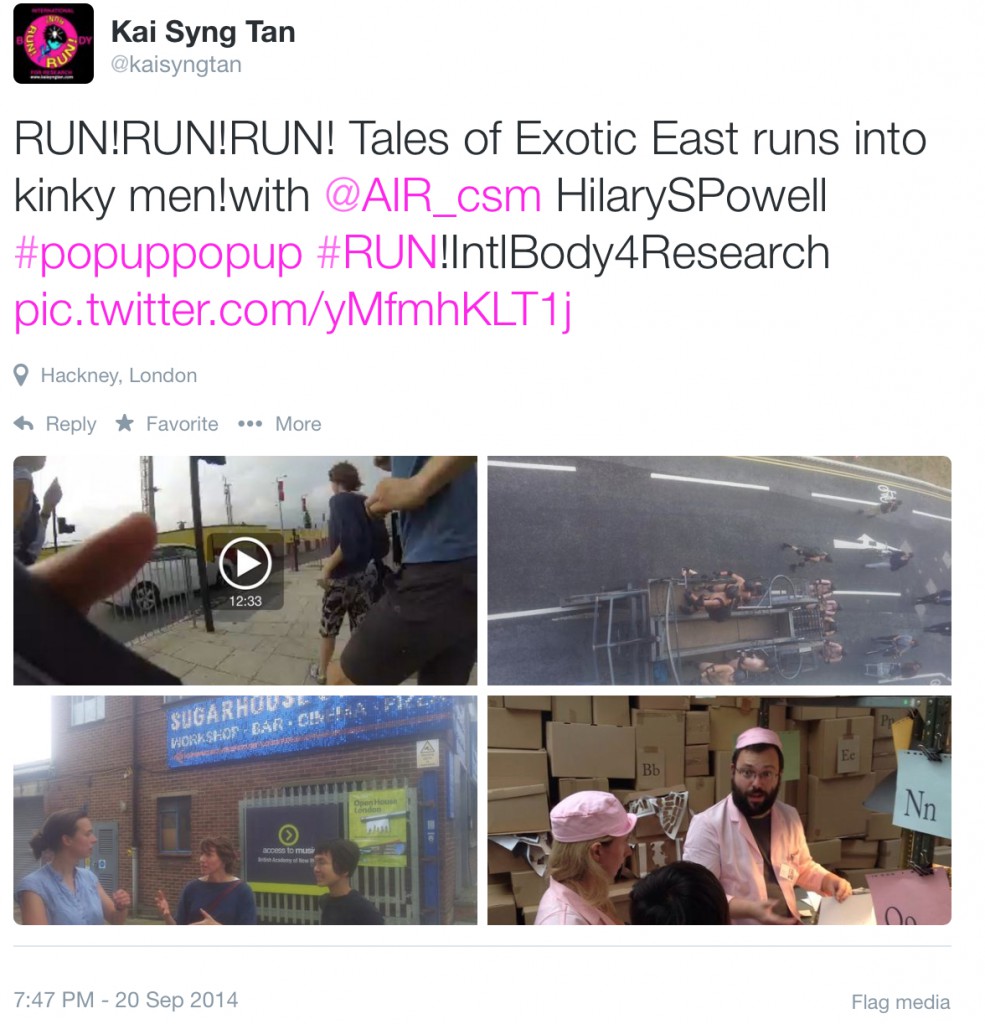