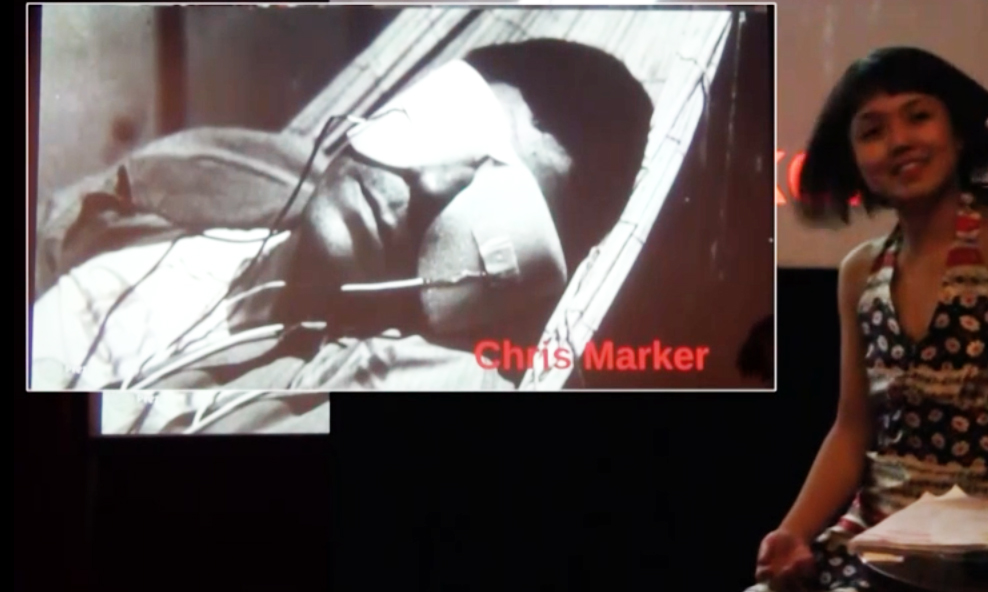 Can’t get your head around the dizzying array of madcap, world-changing, universe-turning exercises run by the RUN! RUN! RUN! International Body For Running? Book Kai to provide a rundown (anything between 1 to 120 minutes) of what this is all about in the form of a performance-lecture – armed with moving images, scripted script and authoritative voice of reason – and get even more confused. In a good way.

Drawing on the traditions of the performance-lecture (Walid Raad/Atlas Group) and cine-essay (Chris Marker, Agnes Varda), Kai’s brand of performance-lectures are critical modes of inquiry in which a highly-collaged set of moving images run hand-in-hand with a scripted spoken text which is densely-littered with running-related metaphors. Sound and image dance and battle with each another, enacting the exuberance of running, yet also raising questions about academic and artistic conventions of knowledge production. Kai’s performance-lectures have been seen in different parts of the world including the American Geographers Association Annual Meeting, Institute of Contemporary Art London and Museum of Sydney.

If you cannot stand all that sitting down while taken on a ride, then get your hands and feet dirty, and opt for a Running-Discourse, Running-Game, Running Tour, Heritage Running Tour or Running  Clinic instead. 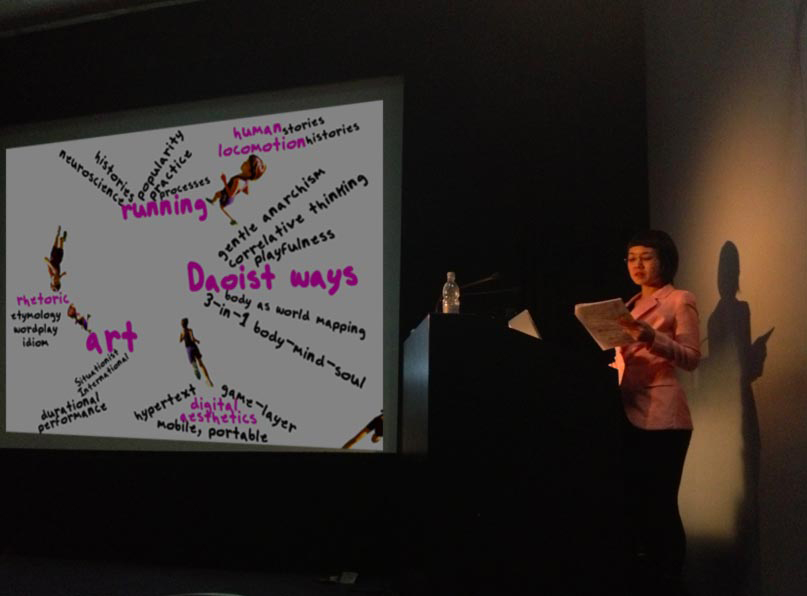 [ppmaccordion][ppmtoggle title=”Fiction at a Critical Distance”]Kai’s interest in the performance-lecture began after she experienced Walid Raad’s My Head is Thinner Than A Hair in 2004 in Singapore. Raad delivered a sermon-like lecture about the civil war in his native Lebanon. Yet, what he shared were not ‘official’ documentations of the event, but his own reconstructions. The austerity of his lecture contrasted sharply with the ‘art-ness’ of his enterprise. This powerfully drove home his points of the absurdity of war and the artifice of art, making us question the gaps between truth versus un-truth, autobiography versus performance, objectivity versus subjectivity.[/ppmtoggle]

[ppmtoggle title=”Collage”]Kai’s version of the performance-lecture are often accompanied by a fast-moving slideshow or a densely-collaged film. This format allows Kai to showcase a curated archive of the diverse outputs and messages of her notion of running as a creative toolkit, yet at the same time highlight its restlessness and mischief. Although she appears authoritative, she would detourn my audience’s expectations with puns and jokes, on top of the already-playful premise of her enterprise. Such a deliberately paradoxical design allows her to capture the transgressive spirit of running, yet simultaneously highlight its own artifice as an artwork. Kai would also often play up the tensions between what was on-screen with that which was off-screen and ‘live’, and what she says with what my images expressed. In addition, she mixes-and-matches ‘actions’ in the online world and ‘meatspace’. With pre-recorded versions of herself ‘popping up’ on screen alongside her ‘live’ presence, she can also seem to be performing running ‘live’, ‘running’ restlessly about between different ‘worlds’ in front of the audience [/ppmtoggle][/ppmaccordion]

Top: Kai performing Running (In) Your City at the Roxy Bar and Screen in London, 29 June 2015. Above: Kai performing About Running, the Runner’s High, Playing Nondon Ambassador and Feeling Good: Kaidie’s Experience of the Nondon 2012 Olympics, Royal College of Art, March 2013, London UK. This was part of TRAND 5: Whatever Next? London 2013 and Beyond. Convened by Dr Sarah Teasley, Mr Joe Kerr. Other presenters in the series included authors Will Self and Iain Sinclair. Below: Kai performing How To Stop Worrying and Love (Running) at the UCL Art Museum, February 2014, London UK. 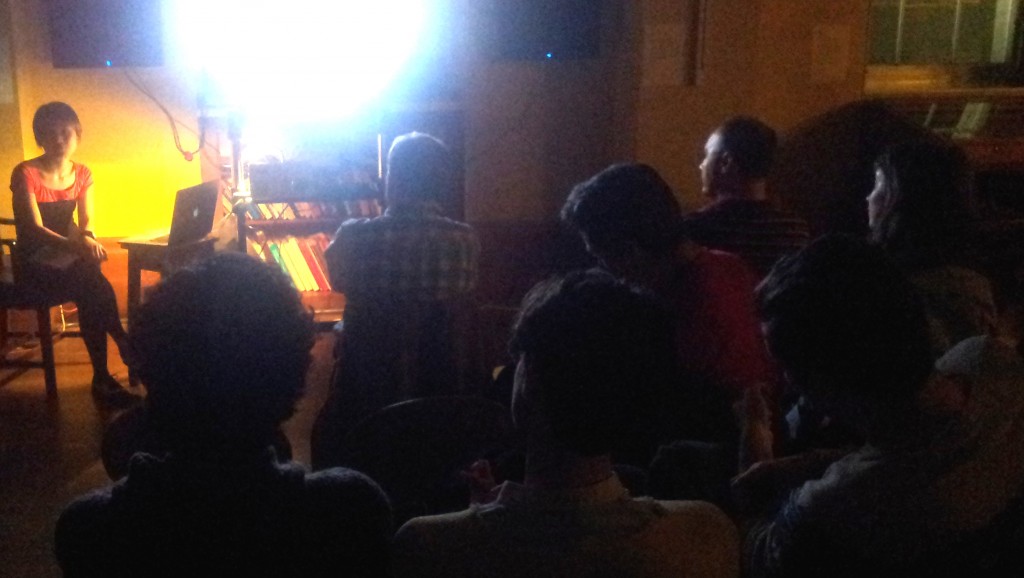