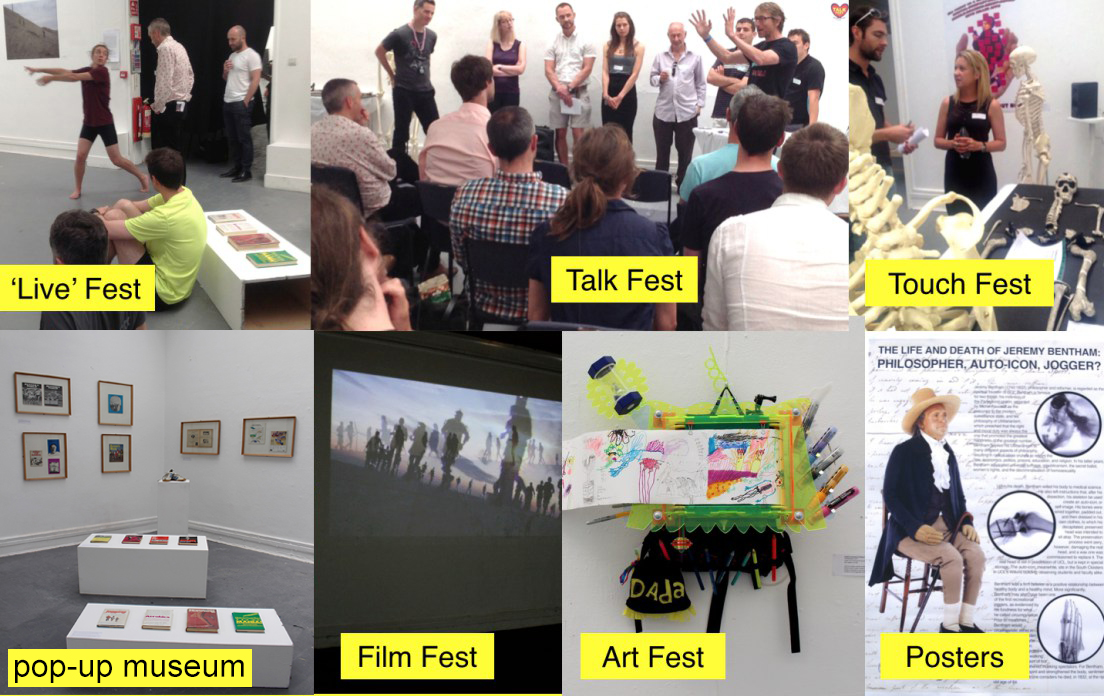 Do you run? Are you a researcher? Are you a researcher who use running in your research and wish to meet other like-minded (and like-bodied), fit and clever people? Or are you an anti-running sceptic but enjoy a cracking not-run-of-the-(tread)mill conference? Then you should have attended the RUN! RUN! RUN! An International Festival of Running 1.0 #r3fest – and make plans to come to the next leg of this biannual Festival, which should take place around Summer 2016 in London and Leeds.

The first run of the Festival (which was also RUN! RUN! RUN!’s inaugural event) took place at the Slade Research Centre on 26 June 2014. It was a runaway success that was reported in the Guardian. Funded by grants from UCL and AHRC, the Festival was organized and curated by Kai and Dr Alan Latham. Around 50 people from 30 institutions (including Harvard University, Glasgow University and UBC; running store Run and Become; social enterprises and charities Streetscape and Goodgym; running club Highgate Harriers; creative studio PhilBeat from Singapore) and 25 cities (including Melbourne, Milan, Vancouver and Grenoble) congregated at the Slade Research Centre to examine running, not just within its traditional contexts of sport or medicine, but as an arts and humanities subject.

Praises came forward not just because of it was a pioneering event to scrutinise running, but also for its bold approach. The Guardian reported that ‘other conferences could take a leaf out of #r3fest’s book’. Dr Derek McCormack (Oxford, Geography) called it a ‘really fun experience’, while Mr Torpy concluded that he has ‘come away very inspired.’ Sarah Petts (SOAS) even ventured that this was ‘[p]ossibly the best conference ever’.

And what an endorphin-filled day it was. Highlights included:

→Just how festive was it? Click here for images & reviews.

→ Where were you? See which forerunners attended the Festival.

→ What does running look like in motion? See moving images submitted.

→ What is the sound of two feet moving? Listen to ‘running music’ nominated.

Above: Images from the Festival. Below: screenshot of Guardian review, written by Dr Alex Lockwood. 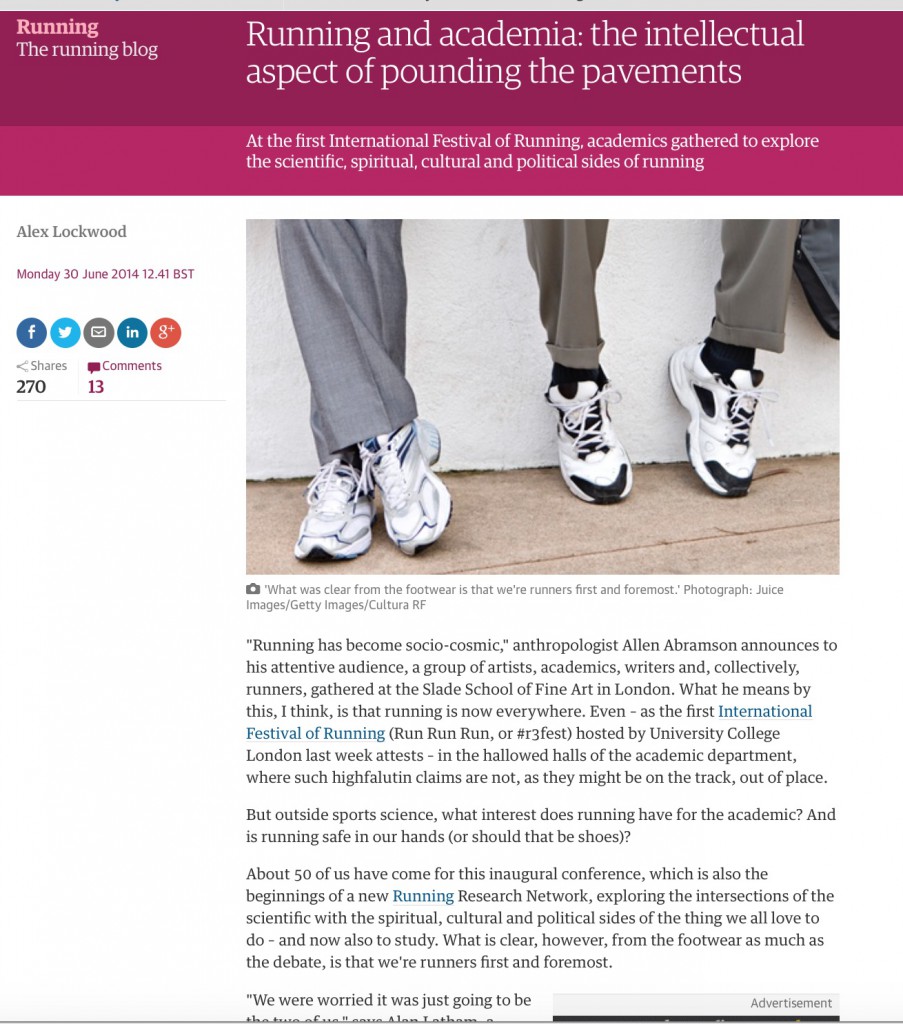