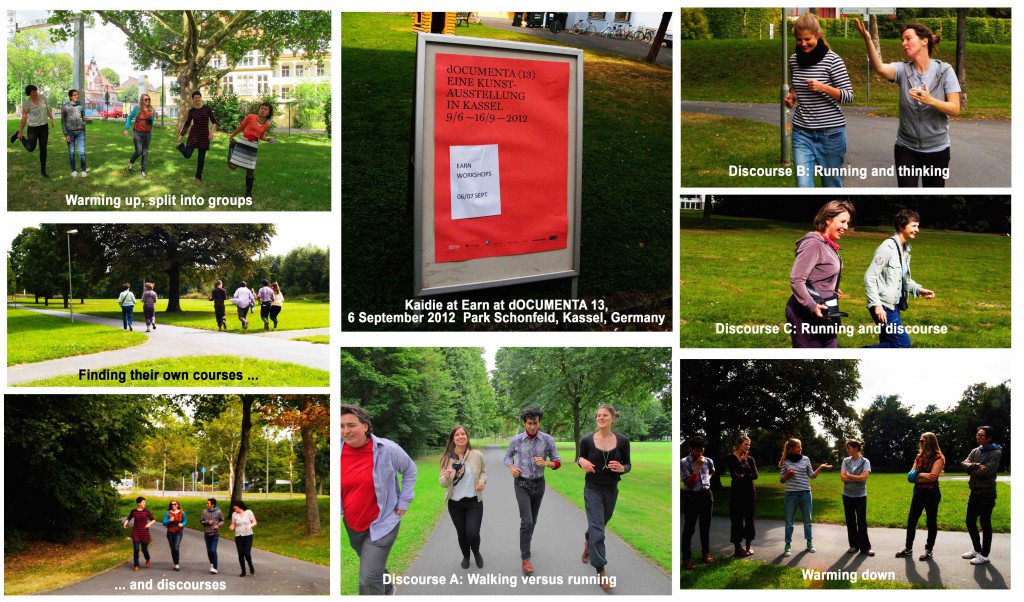 Can running activate a discourse? Come think on your feet – and join RUN! RUN! RUN! on a Running-Discourse, in which we walk or rather run out of the ivory tower, to get our hands – and feet – dirty, to walk the talk, or rather, run the talk, while running and talking, about running, talking and, by extension, thinking and discourse. The Running-Discourse first debuted at dOCUMENTA 13 in Kassel, Germany (September 2012). Variations of the interactive performance have subsequently been seen at Synthesize2014 at Lancaster University (September 2014) and South East Asian Arts Festival in London (October 2014).

The central proposition of the RUN! RUN! RUN! International Body for Research is that we can use running as a playful app or toolkit to help us re-imagine the way we do things or think. The Running-Discourse is a format to disseminate this proposition.

At the same time, a Running-Discourse is also mechanism to carry out field work to test out a theoretical speculation. The speculation is that running can activate thinking.

A rundown of a Running-Discourse is as follows: A RUN! RUN! RUN! facilitator splits participants into groups. Each group is given a question to work on. Participants go off on a  run with group members, and while running, discuss the given question. Participants are asked to pay particular attention to their own processes of running and talking. After the time runs out, participants gather together to share their findings. At the end of the session, facilitator reveals that they have been a foot messenger or ambassador of running. [/ppmtoggle][ppmtoggle title=”Knowledge exchange; knowledge creation; kinaesthetic learning”]

The potential contributions or provisional messages of the Running-Discourse are as follow:

In the area of running and how we understand it:

In the areas of collaboration and research:

[ppmtoggle title=”What are the possible discussions?”]The questions are based on the theoretical speculations of the correlation between running and discourse. The central question underlying these probes are: ‘Is running related to discourse? Can running activate a discourses?’ Depending on the size of the group, there could be a different number of questions, or the same questions can be repeated amongst different groups. Needless to say, if there is appetite or stamina, discourses beyond these areas could also be explored. Sample questions could include:

Discourse 2: The correlation between movement and thinking:

[/ppmtoggle][ppmtoggle title=”What could the running time of the run be?”]

The duration of the run itself (excluding the briefing time and sharing session) could be anything from 2 minutes to 2 hours.

A short duration that comes with a promise that one’s mascara will not run out may persuade even the most hardcore sceptics to join in.

A longer run or running time may bring about a much better-drawn out discussion that may open things up,  complicate things and provoke more further discussions in new directions; runners may even reap surprising rewards if the endorphins or endocannabinoids kick in.

Alternatively, it may exhaust inexperienced runners and/or exhaust the given discussion point.[/ppmtoggle]

The Critical Run seems to be a successful example of a synthesis of running and debating. Conceived by Danish-French artist Thierry Geoffroy, this is a series of artworks in which people debate about art – while running (2012). Over the course of the 20-minute runs, topics discussed have included immigration, colonialism and the role of the artist in society. Geoffroy calls it ‘an art format for criticism’ that is ‘stimulating, debating and sweating’. The runs are ‘critical’ as the debates are ‘burning’ and have to be discussed ‘before it’s too late’, argues Geoffroy.

The Running-Discourse is inspired by Geoffroy’s work. It may be distinguished from Geoffroy’s in that as a format that is a self-reflexive un-packing of the physical and poetic processes of running itself, rather than only using running as a vehicle through which general topics are discussed. 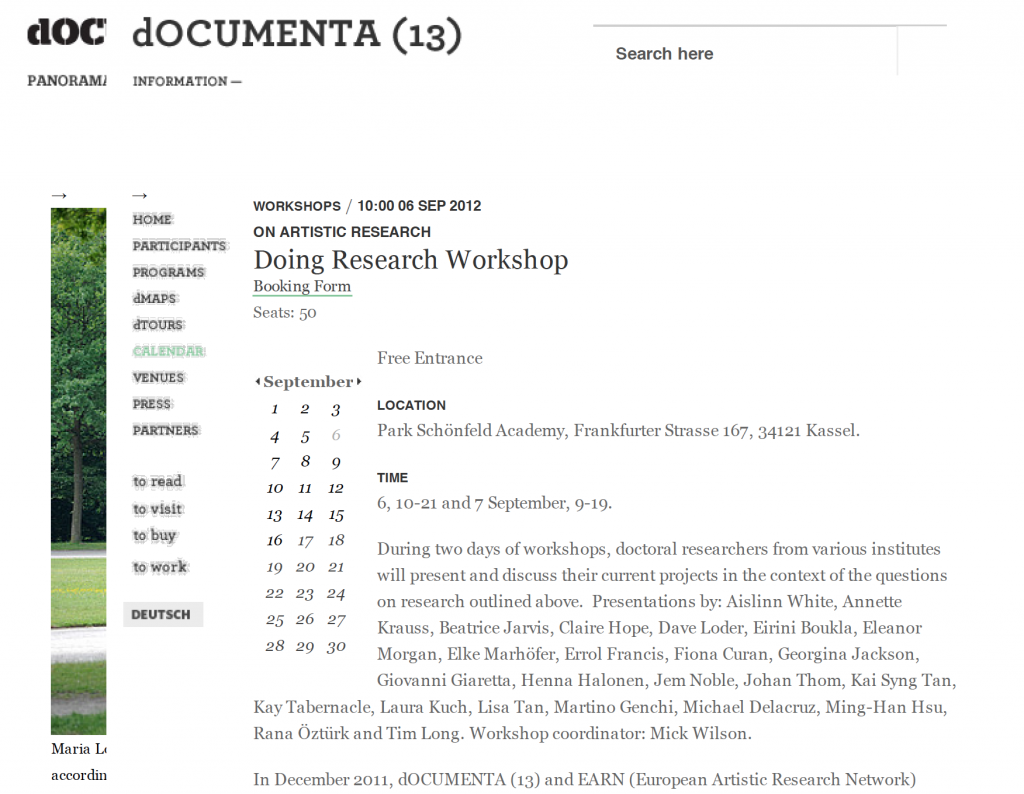