A Finnish point of view by Dr Matti Tainio

I’m probably the only person who can find it worthwhile to travel from Finland to London just to watch few films about running and attend to a conversation inspired by the films. For me, the attraction was a group of enthusiasts who shared the distinct interest of seeing running as a practice expanding outside the concept of sport. This is something I don’t encounter at home. 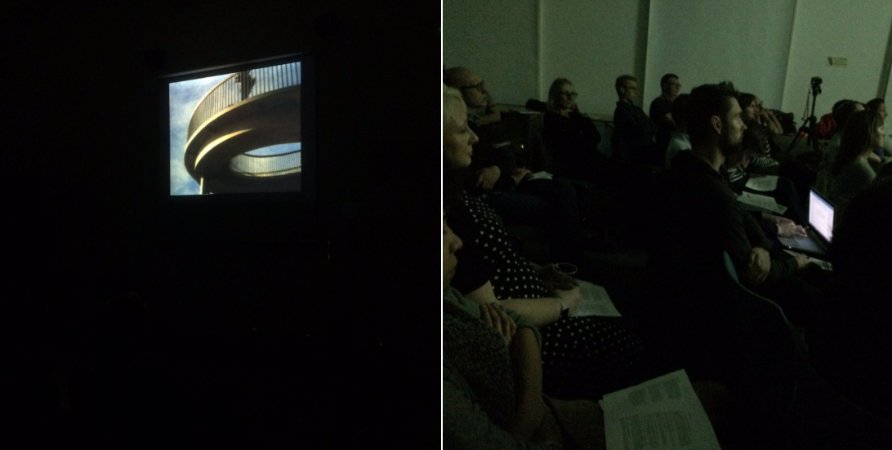 The screening at the beginning of the London leg provided foundation for a discussion within the events theme: How does running (dis)connect people with the city? The selection of films featured can be divided into two main categories: the lighthearted and the serious. The first group consisted of films by Jenny Baines, Joe King’ and Musquiqui Chihying. The dada and the surreal in running were  explored in Baines’ film Untitled (Rooftop) where a runner repeatedly disappeared during her run over a rooftop and in Joe King’s Mobius Strip where running was a part of experimental movement while Musquiqui Chihying’s The Jog focused on the seriousness too often present in running through irony by a theatrical run on supermarket’s conveyer belt.

The second set presented more weighty perspective to running. Veronique Chance’s documentation of her knee operation required a realization about the connection between the tissues shown on the screen and running, but when I was able to connect those two, it made me think those rare moments I haven’t been able to run because of an injury. Carali McCall’s running against an elastic band until it breaks initially conjures the painfulness of training, but shortly her futile work against the band transformed to an image of a Sisyphean task. Annie Grove-White’s video essay opened a view to experiences of an aging female runner and her bodily experiences.  Finally, Kai Syng Tan’s documentation of her project Hand In Hand emphasized the importance of co-operation within runners.

The foundation for the evenings conversation was provided by special guests from two charities, A Mile in Her Shoes (left) and Headway East London. Their insights about using running as a social tool helping women who had experienced homelessness, as well as a means for recovering head trauma connected the films to the theme of the event. These first comments stimulated a conversation that covered many of the artistic views about running seen in the films as well as their connections to the contemporary running practices. 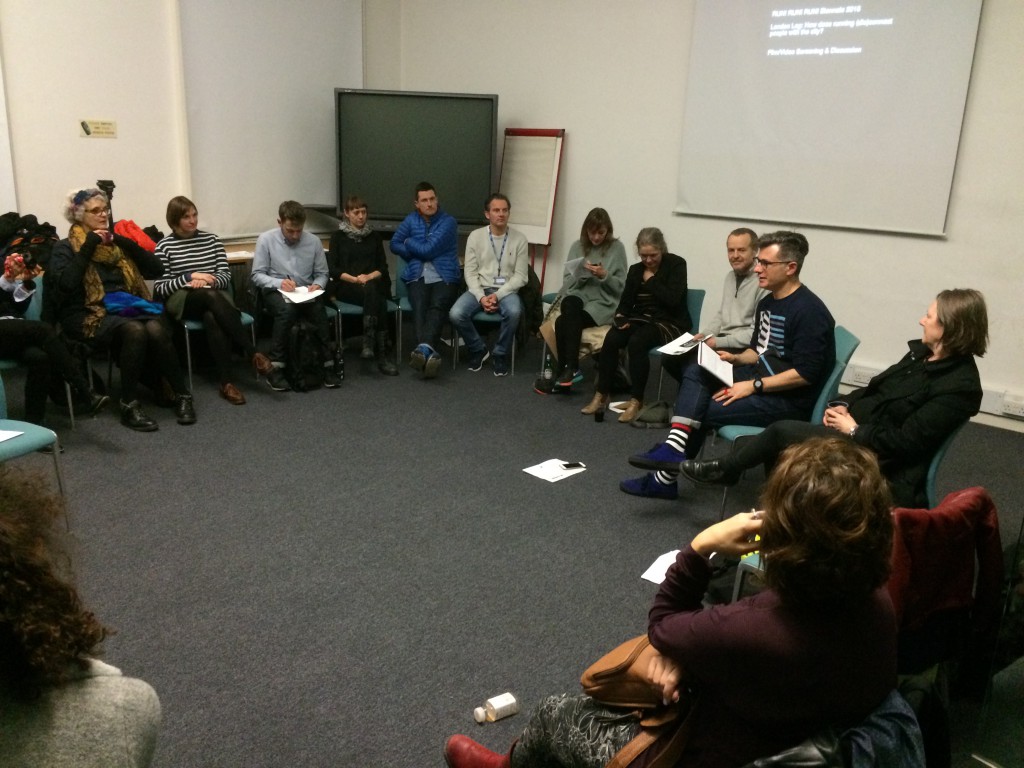 As a first time visitor, not knowing most of the participants and their special connection to running, the narrative of the discussion was somewhat hard to follow. Even though the discussion was active, there was some disconnectedness between the individual statements. It seemed that using running in artworks and talking about them is a more established platform than dealing with the changing running practice itself. Participants seemed to agree that it is important to talk about running outside the statements, although they didn’t always find a common ground. There was a path the participants were willing to travel together, but there wasn’t an established way to do it – yet. The various interests and agendas still need time to grow closer to each other.

Despite minor difficulties, this attempt to build connections between different running practices, academic and artistic disciplines is an important step in a path that helps us to understand the different meanings practice of running and other physical activities can carry today when they are not confined within the concept of sport. We need to develop this discourse further in order to be able to really understand and articulate the change that is taking place. For this,  we should arrange more meetings and take time to talk about our art and our research.

Was it worth all travelling? Yes, at least for me. I just hope that I could have been able to attend all three events. 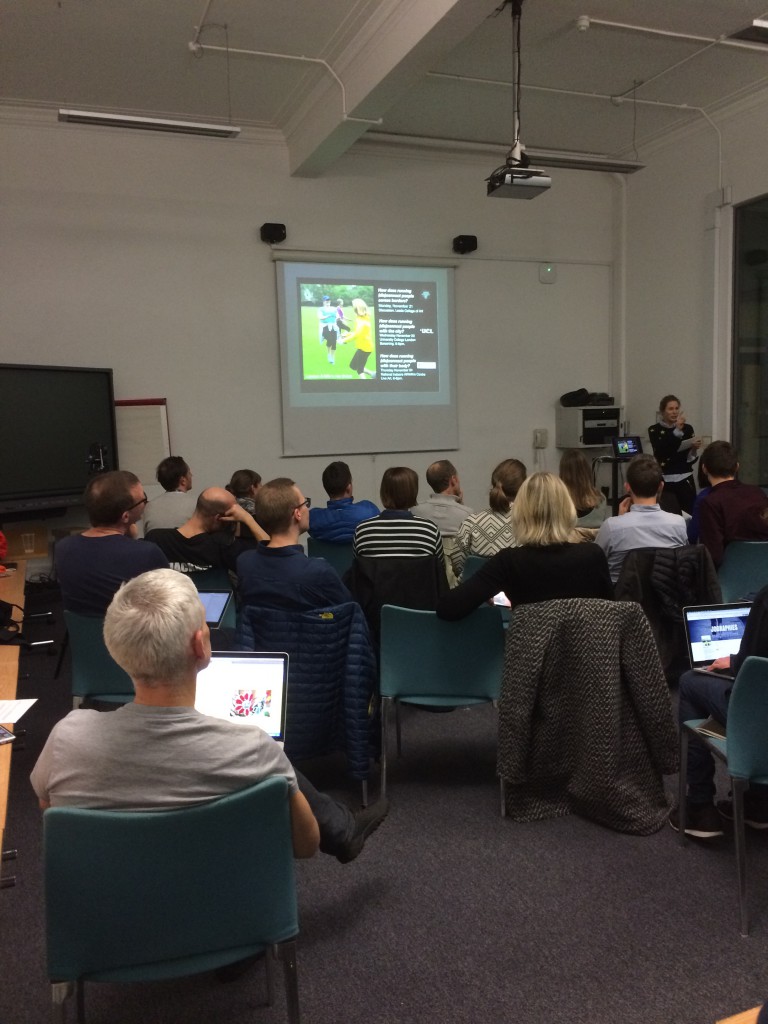