Read abridged version of the curatorial framework on the Royal Society of the Arts blog here. Kai would like to thank Yow Siew Kah, Alex Barker, Richard Wright and Annie Grove-White for feedback for the articles. 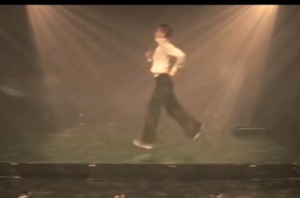 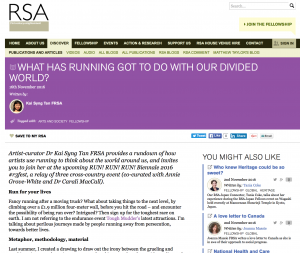 Abridged version on the Royal Society of the Arts blog 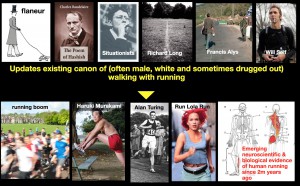 What has running (and art about running) got to do with the (anti-)migrant crisis (or anything else)? By Kai Syng Tan

Run for your lives

Fancy running after a moving truck? What about taking things to the next level, by climbing over a £1.9 million four-meter wall, before you hit the road – and run the possibility of being run over? Intrigued? Then sign up for the toughest race on earth. I am not referring to the endurance event Tough Mudder’s latest attractions. I’m talking about perilous journeys made by people running away from persecution, to make a run for better lives.

Last summer, I made a drawing to draw out this irony between the gruelling (and exorbitant) journeys that migrants were undertaking to seek asylum, with gruelling (and exorbitant) endurance races that niche but growing groups of people amidst the running/fitness boomchase in the name of fitness, adventure and/or self-fulfilment. As if a grotesque board game, Certainly the Toughest UltraMarathon of Your Life (2015) depicts ‘escapees’ of Europe heading for the ‘exotic’ south, along the way conquering natural and/or manmade obstacles with their heroic prowess and neoliberal energy packs of time and money (with added protein — shake well before use). Through the work, I want to open up a critical space to ask: freedom of movement may be a human right, but in a world in (com)motion, what does it mean to be an exile (forced or voluntary), to be ‘on the run’? With the impending erection of new walls in Calais, Mexico and elsewhere, in what ways could running be mobilised as a metaphor, methodology and material?

Running into people from all walks

I am not exonerated from this process of inquiry. What are my own hypocrisies as an artist who has the choice, and privilege, to run, to live her life on the run, and to appropriate running in her work? This discourse involves thinking about other people who use running in all sorts of ways – and it is just as well that the Latin origin of the word ‘discourse’ refers to ‘running from place to place’. What happens if, in this running about, I run into, for instance, A Mile In Her Shoes? How do the women in this London charity who are affected by homelessness ‘find their feet through running’? What can I, and other runners, learn?

London being a large city, we may also come across Carali McCall en route. For the Canadian-born Londoner, running is a form of drawing – by extension, the city is her canvas for her body to draw on, to express, to wrestle with. In Work no. 4 (Restraint Running) Back Hill (2013), the artist attaches herself to a bollard via an elastic material, and runs back and forth from it repeatedly — until the band snaps! How does running (dis)connect (these) Londoners with the city, and to one another?

What sorts of other tensions, and sparks, occur, if we collide with Annie Grove-White, who picked up running in her 50’s, then art in her 60’s? Over close-ups of her body, Annie’s Sensing The Body (2014) contemplates mortality. After all, to live is to move, says 17th century French mathematician Blaise Pascal and Chinese philosopher Lao Zi 1200 years before that. If our ancestors had not run after antelopes two million years ago, they would have died from starvation.

The eloquence of running to articulate the tension, and trek, between life and death is at the heart of Eddie Ladd’s Ras Goffa Bobby Sands/The Bobby Sands Memorial Race (2010). Throughout the hour-long performance, the Welsh performance-maker runs on an oversized treadmill. Requiring and revealing strength and stamina as it does vulnerability and despair, Eddie’s piece not only pays tribute to the famed Irish Republican Army hunger striker Bobby Sands who was also an amateur runner, but the everyman in their daily grind.

And everywoman. For, gender does come into play in this discourse. If people cannot run away from conflict areas, staying alive can be tough, let alone running, outdoors — particularly if you were female. Running can thus become a demonstration of being alive, as the work of Free To Run, an NGO set up by Canadian human rights lawyer Stephanie Case for women and girls in Afghanistan, South Sudan and other places show. In other words, we run, to let our imagination run riot, to run away, to not run away, to remind ourselves of death, and of life.

A tough and terrific cacophony

Myself, Carali, Annie, Eddie and A Mile In Her Shoes are amongst a digressive and disparate collage of 27 artists, academics, and runners from 16 institutions who will gather at the RUN! RUN! RUN! Biennale 2016. This year’s Biennale is co-curated with Dr Carali McCall and Annie Grove White, and sponsored by Leeds College of Art. We will share our artworks, papers, and experiences, and chat, tussle and learn from one another in Leeds, London and Cardiff. Members of Free To Run may also join us digitally in Leeds – not via the digits of the foot, but via Skype. Carali and Eddie are amongst a few artists who are premiering new performances inside the stunning National Athletics Indoor Stadium in Cardiff.

The Biennale follows in the footsteps of the 2014 premiere, then long-windedly-named the RUN! RUN! RUN! International Festival of Running. The festival was applauded by the Guardian for its ‘positive atmosphere’, and by participants for its unusual focus on running as an arts and humanities discourse, and for its innovative format montaging quick-fire presentations with running tours, and an art exhibition with films by emerging social enterprises.

To live is to move (on). If the first run was a celebratory survey, the 2016 leg is the ‘difficult second album’ with tonal contrasts, tough sidetracks and terrific flourishes alike. Like the ‘hi-vis’ temperament of my Ultramarathon drawing, my mix-and-mismatch programming is jarring. That is the/my point. If such exercises are not about opening things up and problematising them, provoking academic possibilities, creative collisions and engineering productive antagonisms, you might as well sit back, take things lying down and watch the world go by. The RUN! RUN! RUN! Biennale provides an update to the well-trodden paths created by the canon of walking which has often focused on the very white, very male and sometimes drugged-out (see Baudelaire, Benjamin, Richard Long and Will Self). Just as women have always walked, they have always run, and run well. The Biennale’s line-up of females and males activate running as creative and critical toolkits to engage with the body, and to engage with other bodies in the city and across borders. The show speaks loudly of the richness of research, practice, action and activity out there that are not just heroic, territorial, logocentric, neurotypical, or white(-washed). It presents an antidote to the growing cottage-industry of work that feature the leitmotif of a solitary, self-serious and sensitive new male battling nature/the universe (think Caspar David Friedrich’s protagonist in Wanderer above the Sea of Fog, add running shorts and Garmin, and voila, you have a MAMIL or middle-aged man in lycra, who runs, and writes/talks).

Runners, non-runners, MAMILS and all, come run with us, physically and/or metaphorically. Grab your free tickets. Follow the discussions via #r3fest. Can’t wait for the 2018 Biennale? Look out for a special event in Spring 2017. Be a part of an illustrated anthology. Visit kaisyngtan.com/r3fest for more information.