Warning: "continue" targeting switch is equivalent to "break". Did you mean to use "continue 2"? in /customers/f/6/1/kaisyngtan.com/httpd.www/r3fest/wp-content/plugins/siteorigin-panels/inc/styles-admin.php on line 392 CARDIFF Leg: programme, people – RUN RUN RUN Biennale
↓ Skip to Main Content 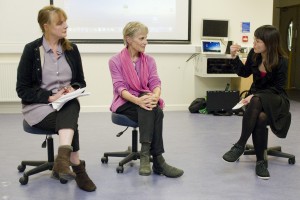 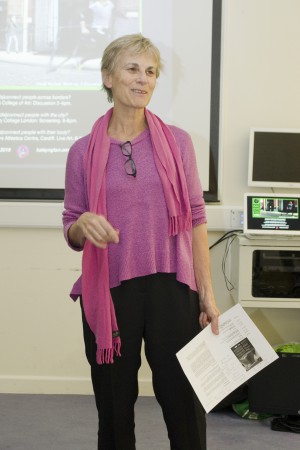 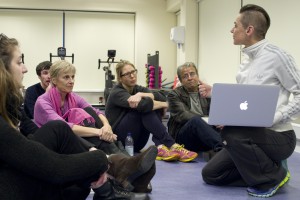 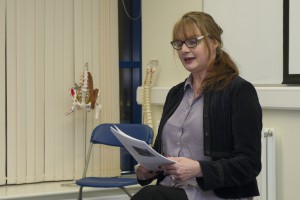 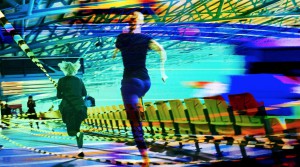 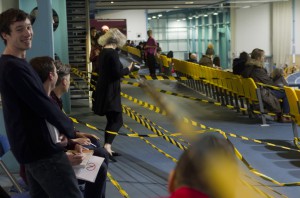 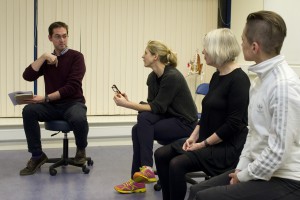 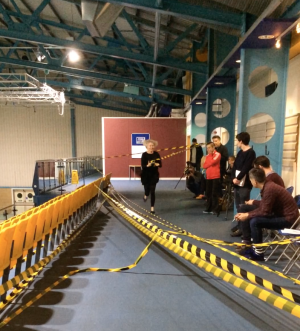 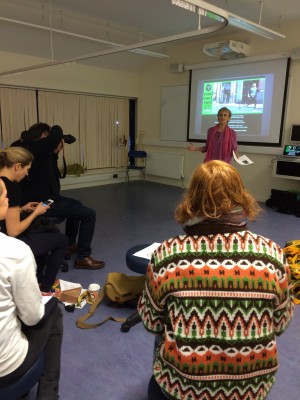 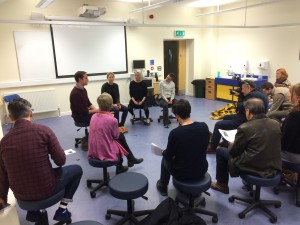 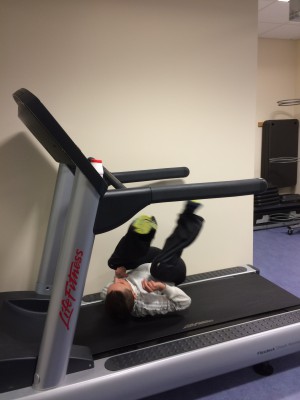 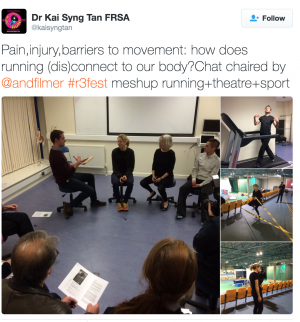 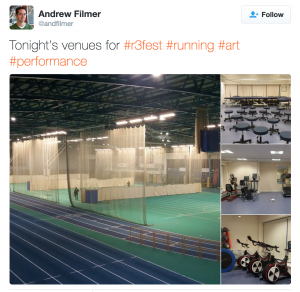 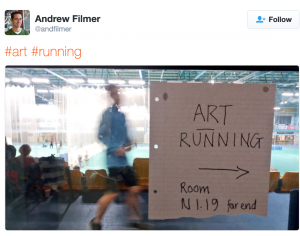 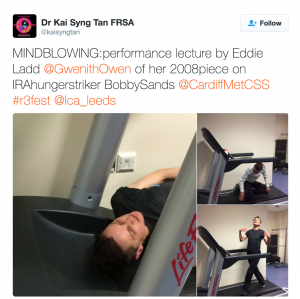 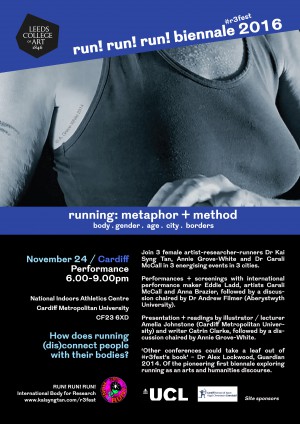 Cardiff Leg: How does running (dis)connect people with the body? 24 November Wednesday 6-9pm. Click here for map to venue – enter by main entrance

6.50 – 7.15: Discussion with Eddie Ladd, Anna Brazier and Carali McCall, chaired by Andrew Filmer Room N119, SRAM Room, at the end by the stands

* Programme change as of 24 November: Presentations by Catrin Kean and Annie Grove-White, followed by discussion with Kai Syng Tan. Amelia Johnstone is unable to join us.

Amelia is an illustrator and Subject leader for BA Illustration at Cardiff Metropolitan University. She is currently undertaking a PhD titled ‘Run to Draw the World’. This research started from an experiment to see what happens when you run and draw at the same time.

It is addressed at the illustration and arts communities and also at those who design technologies. While we increasingly lean on technology to record activity in the everyday – does the act of drawing while running have more subtle potential which technology both fails to capture and disenfranchise in its claim to the illusion of ‘reality’.

This research asks questions about human experience in relation to the phenomenology of self-motivated movement through space. It explores histories of attempts to record and capture this phenomenology and asks what technology is missing or eliminating in its recording of such activities.

Sydney-born Dr Andrew Filmer is an expert in the study of how contemporary artists are using running as a mode of aesthetic enquiry and expression to explore ideas of subjectivity, agency, collectivity and mobility. He also explores how running functions as contemporary performance and as social action, and what theatre and performance studies might gain by engaging with the aesthetics of sporting activity.

Andrew is Senior Advisor for the RUN! RUN! RUN! International Body for Research, and Curriculum Leader for Drama, Theatre and Performance at Aberystwyth University where he has pioneered innovative approaches to the use of running as a student-centred, research-inquiry-based approach. Through this radical framework, Andrew is training a new generation of practitioners who are activating running as a creative resource. In addition, Filmer is a co-convenor (with Dr Juliet Rufford) of the Fédération Internationale pour la Recherche de Théâtre / International Federation of Theatre Research (FIRT / IFTR) Theatre Architecture Working Group (2012 to the present), and has organised the Working Group meetings at the Barcelona (2013), Warwick (2014) and Hyderabad (2015) IFTR conferences.

To live is to move; how we move embodies our past and creates our future. The consideration of these ideas, drawn from Anna’s background as a psychotherapist and Alexander teacher is a continuing strand in her practice. We have enormous human capacity to move freely, physically and mentally, to change, to fully extend ourselves. Anna works across mediums to explore how this capacity may be expressed and constrained over a lifetime.

Anna Brazier worked as a Clinical Psychologist / Systemic Psychotherapist in the Welsh NHS for over 30 years and also worked independently as an Alexander Teacher before completing an MFA at Cardiff Met in 2016.

Annie is a photo and video artist who looks at the female ageing body socially and culturally. Her video Breath / Mind / Muscle uses running as a starting point that draws out a range of complex and sometimes conflicting moments.

Recently, she worked with nine other artists exploring a variety of issues around the decommissioning of the last remaining Magnox nuclear power station in the UK at Wylfa in Anglesey, north Wales. She has exhibited ‘Voices from the Land / Lleisiau o’r Tir’ at Oriel Davies, Newtown and Aberystwyth Arts Centre. Her work was exhibited at the 2016 National Eisteddfod, Abergavenny.

After 12 years as Research Principal, Principal Lecturer, Director of Student Experience, and Director of Learning & Teaching at the Cardiff School of Art & Design, for the past 5 years as visiting tutor at Arts University Bournemouth, Grove-White has an MA in Design History & Theory (Distinction) and MA Photography (Distinction).

Catrin is a Cardiff-based writer. She has written for television, film and radio and is currently working on a creative non-fiction book  ‘Breathe’ about running marathons in places that have a personal resonance for her. ‘Breathe’ has received support from Literature Wales.

She was lead writer on the BBC Wales drama series BELONGING, the winner for four years running of the Welsh BAFTA for Best Series, also winning the Best Screenwriter Award for her work on the show. She has won a number of awards for her short films, including MOTH, which went on to be made as a single film by S4C and won a BAFTA Cymru for Best Single Drama. Most recently Catrin’s short film DAD for S4C/EBU won the 2016 BAFTA Cymru in the Children’s Programme category. It was also nominated for a Special Award at the Prix Jeunesse International Festival 2016.

Catrin is the co-creator of new series GWRACHOD for S4C/Soundworks and she is also currently developing a number of new original television series ideas.

Carali is a Canadian-born performance-based artist and living and working in London, who explores movement and the role of the body in drawing by using the runner as a drawing device. She received her PhD at Central Saint Martins, UCL and her MFA at Slade School of Fine Art, UAL.

Marking territory and making lines through the landscape, Carali considers the camera as ‘viewer’ and experiments with ways to record, document and present the body as both subject and object.

Eddie graduated from University College of Wales, Aberystwyth in 1985 and then worked with the Moving Being company in Cardiff. Between 1987 and 1990 she worked with Hijinx, Taliesin, Volcano and Theatrig. For twelve years she appeared frequently with Brith Gof: performing, writing and composing music.

She began creating her own work around 1993. Some of her shows were theatre Productions whilst other Productions were staged in locations such as houses, farmyards and fields.

Her performances feature dance, bilingual text, music and new media technologies. The work ranges from site-specific performances to more regular theatre pieces. She has collaborated on projects performed on the web and all shows make use of newer and older technologies.